The Craft of Directing Actors for Stage and Screen

This online course is designed for working directors who want to understand the actor’s process and how to tap into each actor’s strengths and abilities.

This course, led by Dean Carey, ACA Founder and Director, along with 4 key industry leaders, will plot the journey every director working with actors needs to know.

In this course you will learn top exercises and processes for bringing out the best from actors onstage and onset.

This course will deliver the missing piece from most directing courses. You’ll hear from the best acting teachers and gain the insights, confidence, and skills to take your ability in working with actors to an entirely new level.

*This is a non-accredited course.

This Masterclass with ACA and industry leaders will run weekly two hour sessions over eight weeks.

Cost of total Course: $850.00 per person
Tickets and registration: click the APPLY NOW button at the top right of this page.

*Each class is scheduled at 7.30-9.30pm AEST on Tuesday evenings LIVE via ZOOM.

Course outline, links and resources for classes will be forwarded upon confirmation of enrolment and sent two weeks prior to class commencement. 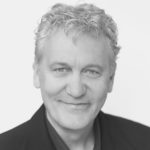 Dean Carey has been teaching acting for over 40 years. He is the founder of Actors Centre Australia and has been Head of Acting at both NIDA and WAAPA, Dean has directed extensively across the industry. Dean has worked as an on set acting coach giving expert tips and advise within the rigours of film and television for actors and directors.

Dean has an industry leading reputation in being able to direct actors to reach their fullest potential on set and on stage. Dean’s first book, The Actors Audition Manual published in 1985, is still the actor’s bible across the world. Dean’s new book, The Art of Teaching Acting, will be published worldwide in November of this year. He will be leading this acting course and will be present in each class with the guest directors. 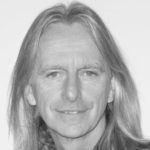 Scott Hicks is a world renown Australian film director and screenwriter. He is best known as the screenwriter and director of Shine, the biopic of pianist David Helfgott. For this, Hicks was nominated for two Academy Awards. Other movies he has directed include the film adaptations of Stephen King’s Hearts in Atlantis and Nicholas Sparks’ The Lucky One. Hicks is a member of the Academy of Motion Picture Arts and Sciences and the British Academy of Film and Television Arts. 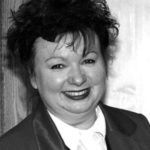 Gale Edwards is one of Australia’s leading and most acclaimed international theatre directors. Her career spans forty years. She has worked all over the world, been Associate Director of two Australian State Theatre Companies (South Australia and Melbourne), worked on international musicals for Andrew Lloyd Webber and Cameron Mackintosh and held the position of Acting Lecturer at NIDA in Sydney. She is the first, and only, Australian to direct on the main-stage at the Royal Shakespeare Company in Stratford-on-Avon, UK, and the first Australian director to open a musical on both the West End and Broadway. 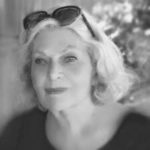 Jennifer West is one of Australia’s most recognised and applauded Voice Teachers. She has worked with all major theatre companies in Australia as an actor, and toured round Australia with several commercial productions starring imported British actors and directing for smaller companies. Jennifer also has considerable experience in TV and Film, and working as a Voice coach on productions and privately. Jennifer is the Head of Voice at Actors Centre Australia. 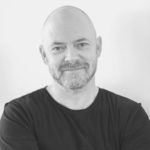 Adam Cook is the Head of Acting at Actors Centre Australia. He has directed over120 productions across Australia, London, Canada and the United States. He was Artistic Director of the State Theatre Company of South Australia for the years 2005-2012, the longest tenure in the company’s 40-year history. Adams depth of experience with Australian and International actors give s a unique perspective of the varying types of actors and tools a director uses to achieve results

Week 1: The Director at Work

Empathy, engagement, and alignment. Distinguishing the onstage and onset culture required for bold work and how to find the leverage that encourages true creative exploration. ‘Being of service’ to actor, character, script, playwright, and story. What does this entail and how do you know you’re achieving it? What are the essential questions every director needs to know and ask?

What are the TOP 10 elements a director is seeking to reveal and release from the actor? Why are they important and what do they mean for an audience? How can each element transform a scene and create great acting and great storytelling?

Script breakdown and how a director and actor chunk down a scene into beats in order to find the perfect action, drive and meaning?

Using ACA’s ACE system (ACTION – CRISIS – EVENT) every participant will see the scaffolding supporting every scene. They will also see how by acknowledging it and then focusing on it, drama leaps off the screen and the function of the playwright is honored.

An actor’s emotions and ideas live inside language and are released using language. Learn the keys to unlocking dialogue for the actor which then rockets ideas and emotions into action.

A good director can help an actor unlock their character by unlocking the language. Learn the keys which drive dialogue and its structure so scenes can find their power and pace.

Week 5: The Rubber Hits the Road

Work with two of ACA’s graduates as we engage with a selection of the director’s most useful rehearsal tools. Learn how to employ these simple yet effective tools which, once learnt, will become a director’s second nature when directing.

Meet this week’s industry Guest: Former Artistic Director for the State Theatre Company of SA, and Head of Acting of ACA’s Degree Program, Adam Cook. In this unique class, you will have the opportunity to see Adam Cook working with actors at ACA.

How to super-charge a scene and take the action to compelling heights. See actors under pressure and asked to deliver on command. Adam Cook will also feature as this week’s guest.

Governing conditions affect every world in which characters live. Understanding what these conditions are and what rules they create, allows a director to mine and exploit these conditions to heighten and accentuate theme and meaning which then allows actors to move to new levels of truth and detail.

Week 8: The Course in Review

Consolidating the tools and techniques learnt to date and applying them with guest actors.

WRAP UP and Q and A will conclude the course.